John Leahey’s passion for music has filled his life. From a child who watched his father entertain friends, through his university band years and now still gigging in retirement, soulful melodies have always been his soundtrack.

We talked to him about his music and how smart management of his superannuation has given him the freedom to pursue his passion and live his dream retirement. 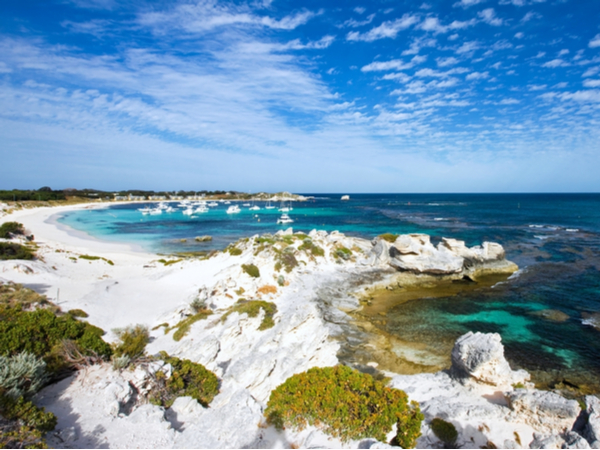 Born in Perth in the late 1940s, John is a self-professed ‘sandgroper baby boomer’. Part of a typical nuclear family, he enjoyed a childhood with trips to Rottnest Island and has many memories of great social events.

He went to school and university in Perth and gained his first degree in geology. After working as a geologist in the bush for a few years, he decided it wasn’t the lifestyle he wanted so returned to studies and gained an MBA. He tells us,

“I ended up in finance and banking. I had a long career working in, and financing, mining projects… so I managed to combine the two subjects I studied.

I was very fortunate that I could combine the two things I like doing in a time when there was a big mining boom through the 70s, 80s and 90s.”

After living in many different places around Australia, John and his wife Karen moved to the Gold Coast in 2008 intending to start their retirement. However, John was asked to join a project team in Perth so ended up delaying retirement until 2012. 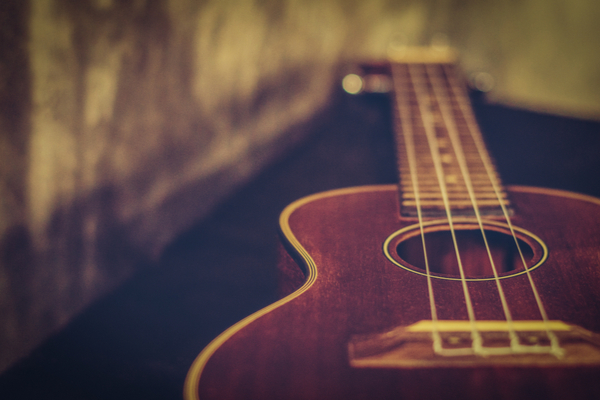 Music has always been there

John’s interest in music was sparked by his father. From early in his childhood he knew he wanted to play. He explains,

“Music was always there… when I was a kid, my old man was very musical. He played ukulele, guitar and keyboard.

He would play all the popular music from the 30s, 40s and 50s. His friends would come around and they’d have a keg on a Sunday afternoon… it would be total hilarity!

We went to Rottnest Island quite a lot and he would bring his guitar, his friend would bring a ukulele and they’d go to the Rottnest pub, aka ‘The Quokka Arms’…

I have vivid memories of lots of people gathering around while they performed.

Being a baby boomer, I was raised with the Beatles, the Rolling Stones, Buddy Holly, Bob Dylan, Peter Paul and Mary… lots of folk music. That captured my attention when I was a young teenager and I just badgered my dad until he taught me how to play a little bit. He taught me some basic theory and he bought me my first guitar.”

During his university years, John’s musical career was quite successful.

“We had some great university connections and my band, Love Needs Care, used to play 21st birthdays, university balls and clubs around town. There were six of us in the band… I was lead guitarist and we would play up to three different gigs a night!

One particular night after a show at the ‘Hole in the Wall’ venue, our manager was pushing us to make the move to Melbourne because that was ‘where it’s happening’. This was in late 1968… we had a decision to fish or cut bait. But with two members still studying and two who had just received degrees, it ended up with a four to two vote against.

The moment passed and the band broke up a month or so later. We went our different ways. It wasn’t something I had really seen as a long-term career.

I traded my electric guitar for an acoustic, which I played every now and then for the best part of 30 years… until the mid-90s. They were the years of career, family… running, jumping, never standing still!

My wife, Karen, said I should get a guitar for my 50th birthday… she ‘made’ me buy a decent guitar, which admittedly didn’t take too much forcing!

It is a lovely guitar and with it I joined a band in Melbourne called ‘The Hip Replacements’. We played quite a bit and it was a lot of fun.

Up here on the Gold Coast, I spent a few years doing volunteer gigs… mostly at aged care facilities, then I started singing in an acapella group called ‘The Blenders’. In the past I’ve usually been happy to do the harmonies – not so much the main vocals – so this has given me a new opportunity. I’ve learnt a lot about singing… so I’m doing more of that these days which is nice for me… don’t know if the audience enjoys it, but I do!

I’ve kept in touch with the guys I used to play with in Melbourne. Some of them are playing in another band and I’ve done a few gigs with them. We even have a private event at the Lyceum Club in a few weeks’ time, so it’s great to still be involved.

When I’m playing music I’m not thinking about anything else… it’s my avenue to relaxing. I have to thank my dad for giving me a way to be able to just tune out… it’s quite joyous for me… that’s what keeps me going! That’s of course not to diminish the patient forbearance of my wonderful family spread now between Melbourne and South East Queensland.” 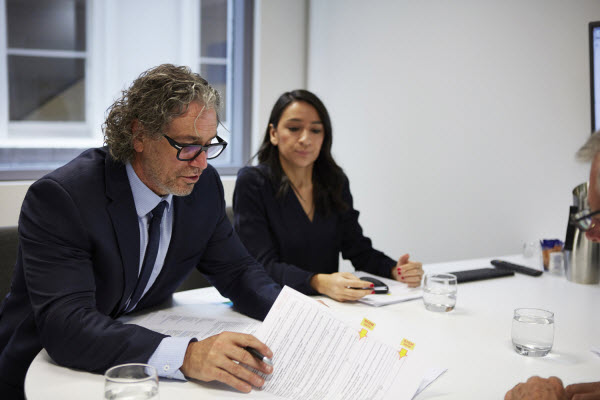 Looking after the future

Managing Director Ben Rossi and the First Financial team have managed John’s superannuation for over 20 years. Starting with his own small super fund in the early 90s, John recognised the need for specialised support.

“From the minute we met Ben… what he said made sense. He didn’t talk five years or opportunistic moments… he talked about a sensible long-term view of investing. He explained investment rules and we felt he really knew what was going on.

Ben is professional and very committed… he might be a bit of a wild looking character, but you can’t help but be impressed. He is confident and talks with great knowledge and authority.

Likewise, James Wrigley and his team have helped us look after our affairs for a number of years now. They have all been terrific to work with.

Ben, James and the team have given me informed orderliness about how to look after my future. They keep us informed and are always proactive… but sensitively proactive. They don’t badger us… they allow us to make the choices we want to make.

First Financial has always delivered on everything they said they would. We have recommended them to many friends and even encourage our children to seek their help.”

If you want to find out how we can help you live your dream retirement, contact our team today. Read more Retirement Planning articles.